Technically, it isn’t called a sandwich. It’s a roll. More like a hotdog, but not really. It is lobster meat between bread, so I’m calling it a sandwich. And it was a dang good sandwich at that. I love the BLD Diner, one of Columbia’s new-ish gems. So I found myself there several times during January, my birthday month. After eying the lobster roll during two other trips (I went with the crabby patty the first go and the seafood and grits the second trip), I finally decided to get it. As you can see, it comes with nice chunks of lobster meat. With most lobster rolls that I eat, I always wish that they were bigger. That was still the case here, but after eating the fries with the roll, I managed to get fairly full. If you’re from the New England states, you’ve probably had better, but in this neck of the woods, I’m pretty impressed. 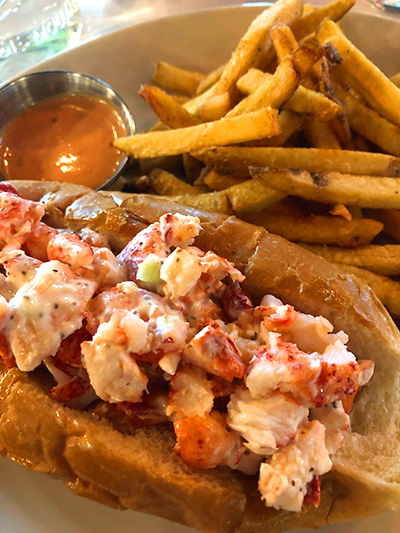