Maybe sometime last December, my friend Brittany declared to me in an exasperated tone that she just wanted to get out of town and away from everything by herself. I felt that sentiment, and suggested that we make plans to get out together (it’s safer that way), stay in a place where we could have space to ourselves, and work on some of the things that we’d wanted to work on. Unlike the majority of trips that we talk about, we actually made this one happen.

I’ve been missing creating for the sake of creating for a long while. I took my camera and decided to take a few pictures, not for an event, not for marketing, not because someone requested them, but just because I wanted. I did some writing and reading, Brittany got caught up with grading papers, and we both tossed around ideas for the 2020 Columbia Christmas Pageant. (Despite what you might think, January is not too early to think about Christmas!) 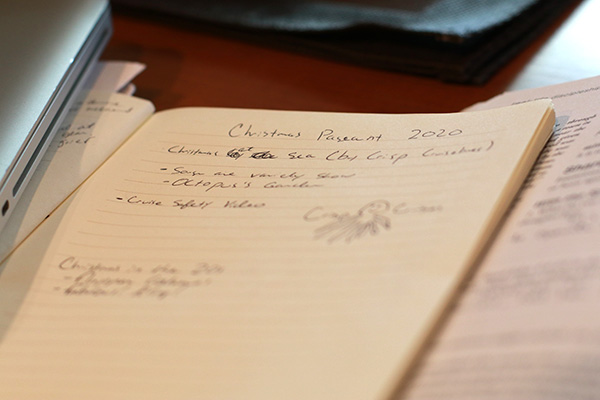 Getting those Pageant ideas floating

I thought that we’d call the weekend something long and extra like “Brittany and April’s Super Awesome Creative Weekend Getaway,” but Brittany christened it “Camp April” and that was just easier to say and write on our calendars. It wasn’t until that chilly January weekend at Lake Lure that I realized how much I needed that time to exhale. 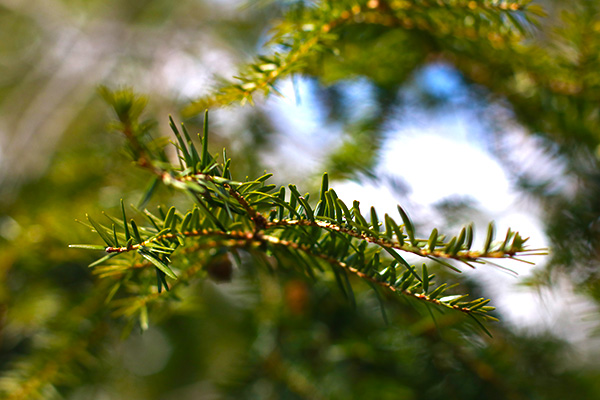 While we’re not good at keeping God’s commandments in general, I’d say that one of the ones that we break the most, and often completely disregard, is the commandment to be still, rest, and keep the Sabbath holy. We somehow convince ourselves that life can’t move on without us. Yet the world existed before us, and one day it will move on without us. Keeping the Sabbath reminds us of that and keeps us in our proper place before God. 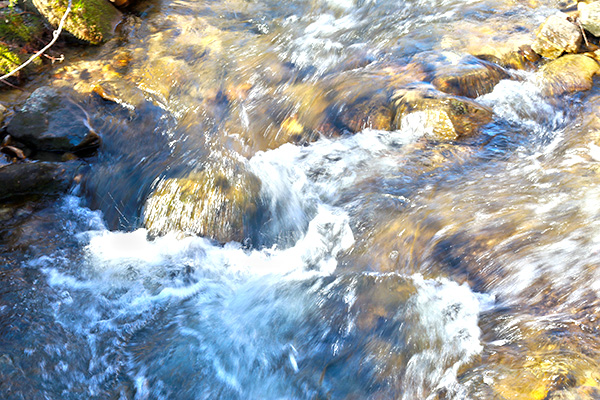 I’m still very bad at it. This pride of mine keeps me from experiencing many of the joys that God has created for us and has waiting for us on the other end of obedience. And while my progress at setting aside sacred time over these several years that I’ve been aware of and struggled with this notion, I’m choosing in this moment to celebrate and give thanks for the little victories like “Camp April.” 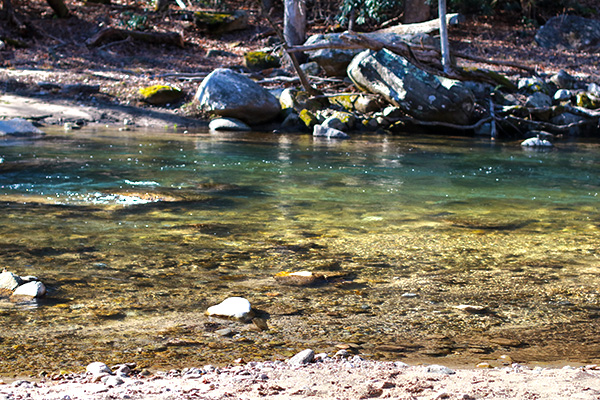 “Thankful” and “restful” were the two words that I would use to describe the weekend. I got to sleep. I got to clear my head. I was able to be around nature and beautiful things. I’m thankful for my friends who fulfilled my responsibilities at home so I could take a break. I’m thankful for Brittany, a friend who can easily exist in the same space as me without needing or wanting to be entertained by me. 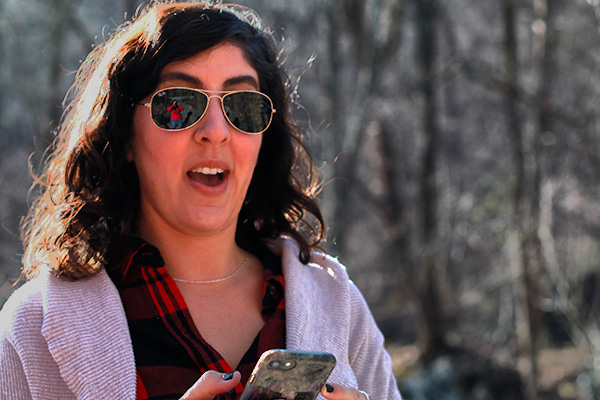 When the text message has some GOOD TEA 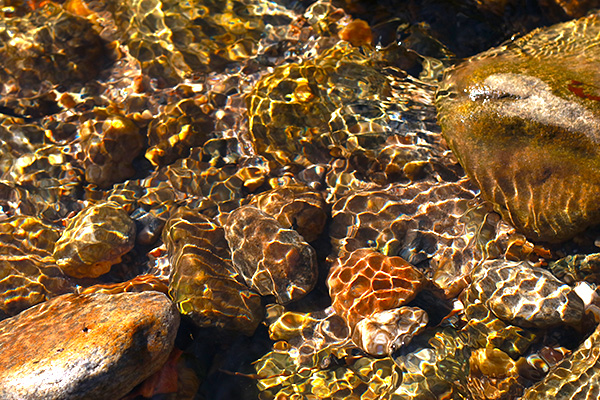 I’m thankful for conversations that range from the deep spiritual, to the philosophical, to the absolutely absurd, for scenic drives, and for good food. Just the ability and means to drive off and stay in a different environment was a huge blessing. I’m grateful for a church family that has learned to trust me and allows me to run with some of the weird ideas that that reside in my head. 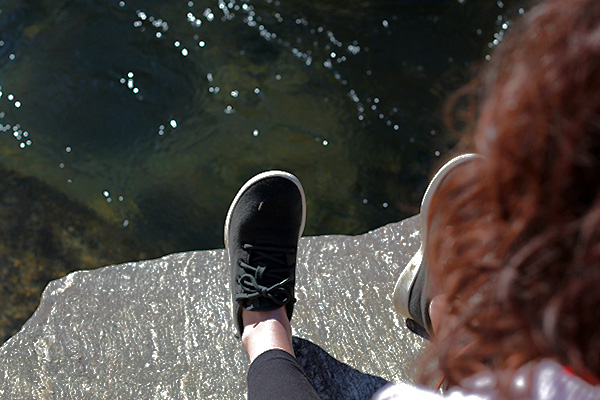 There’s a bug on your shoe.

Our rest allows us to see that despite the pain and loss that’s inevitable on this world, and of which I sure did experience enough of last year, that God is sovereign and there is still much joy to experience. Letting go of ourselves and choosing obedience and trust over our pride and control oddly enough provides us with the freedom, purpose, and meaning that we’ve been fighting for all along. 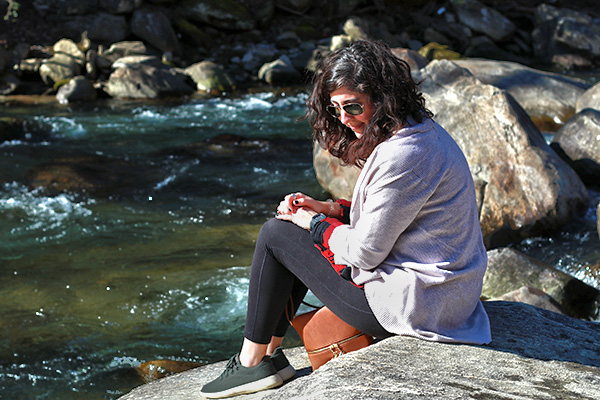